This document describes what has changed in Vivid Trace for JIRA version 1.3. When planning to update the add-on, consider the information within as there may be changes that are undesirable in your circumstances or known issues that might affect the stability of your operations. This document covers the following topics:

Selecting from a palette of built-in and custom fields, design the field layout of graphed issues by deciding what information is displayed and where, however you want. More information 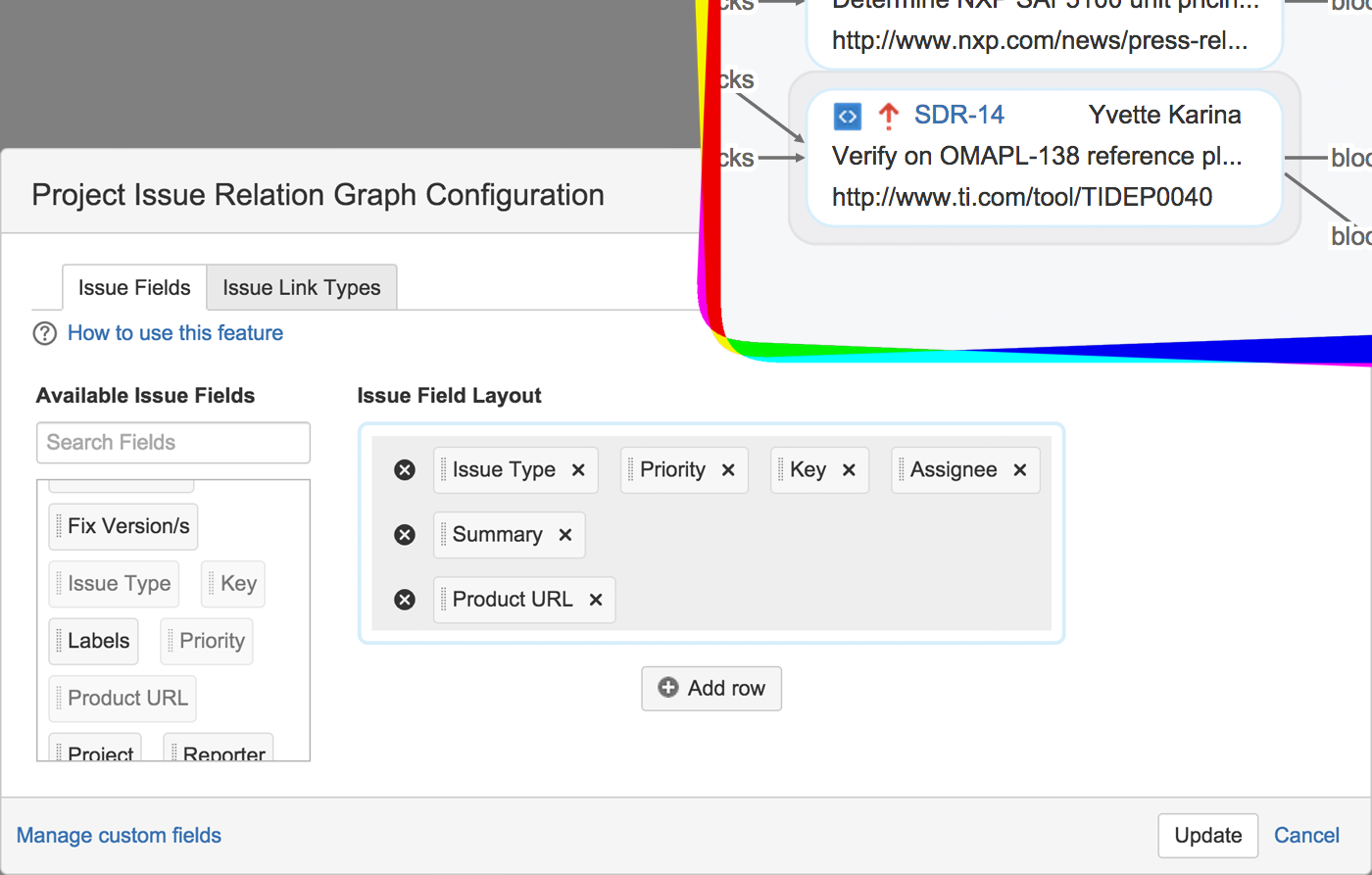 When issue relation graphs are first drawn, the graph centers itself on the current issue, if any. Graphs can also be instantly refreshed without reloading the entire page.

The latest release of Vivid Trace 1.3 is recommended for general production including as an update to Vivid Trace 1.2 and prior versions. The update can be validated on a test instance of JIRA before updating the add-on on your production systems. Points of caution associated with this release:

The minimum supported version of JIRA Server and JIRA Data Center has changed from JIRA 5.1.0 to JIRA 5.1.1. With this release and all newer releases, versions of JIRA prior to version 5.1.1 are no longer supported by the add-on software.